"Michael Swart is really onto something special with his toneful and artful designs...it feels as though I'm gliding amongst the notes of a sonic vista.

The Atomic Space Tone has been my go-to club amp and I've received lots of praise on its tone.  The little 5 watter is getting tons of use here as my studio/practice amp. It works great with pedals as well. Feels wonderful to play with nice Sag and compression switch setting for low volume." - Greg V

After hearing some of Greg V's work with his Swart Atomic Space Tone last year, we were so impressed, Greg moved to the head of the line when considering musicians to put our new amplifiers though their paces.  His creativity and obvious talent is mixed with a sensitivity and expression of subtlety that highlights the versatility and tonal qualities from the Swart Space Tone series amplifiers.  Oh, and he plays the hell out of the guitar when he wants to!  For the rest of Greg V's MP3 samples, see  Greg V - AST  | 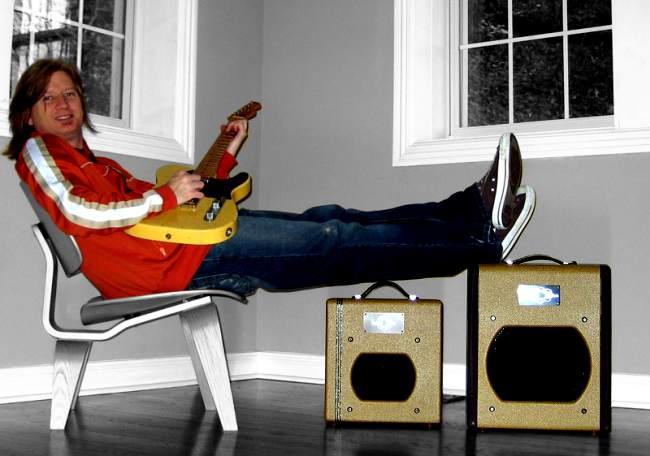